SUPPORT
Call: 860-740-4132
Email: help@tritacombat.com
TRITAC-Unarmed
WHITE TO BLUE BELT COURSE
Learn A Devastating Closed Quarters Combat Striking System That Will 'Smash' Through The Most Aggressive Attackers... Leaving Them Broken, Humiliated, And Re-thinking Their Life Choices.
Gain the Fundamental to Intermediate skills in the TRITAC Unarmed System. Learn everything from Frame Defense, Hammers, Hacks, Knees, Kicks, Elbows, Ground Escapes, Knife Defense and More.
The ultimate unarmed street combat system.
GET STARTED NOW ONLY $97 - GET INSTANT ACCESS
Designed for “anything goes” street violence - TRITAC-Unarmed is a hand-to-hand combatives program that will prepare you for the unexpected.
TRITAC-Unarmed teaches the vital techniques and tactics necessary for street self-defense situations, allowing you to respond accordingly to multiple opponents or opponents with weapons should a situation ever arise.
The White To Blue Belt Curriculum is the cornerstone of TRITAC-Unarmed.  80% of your hand to hand combat skills with come from this curriculum.
A TRITAC-Unarmed Blue Belt is truly prepared to face the unexpected and survive.
Get Started Now
TRITAC-UNARMED SKILL-SETS 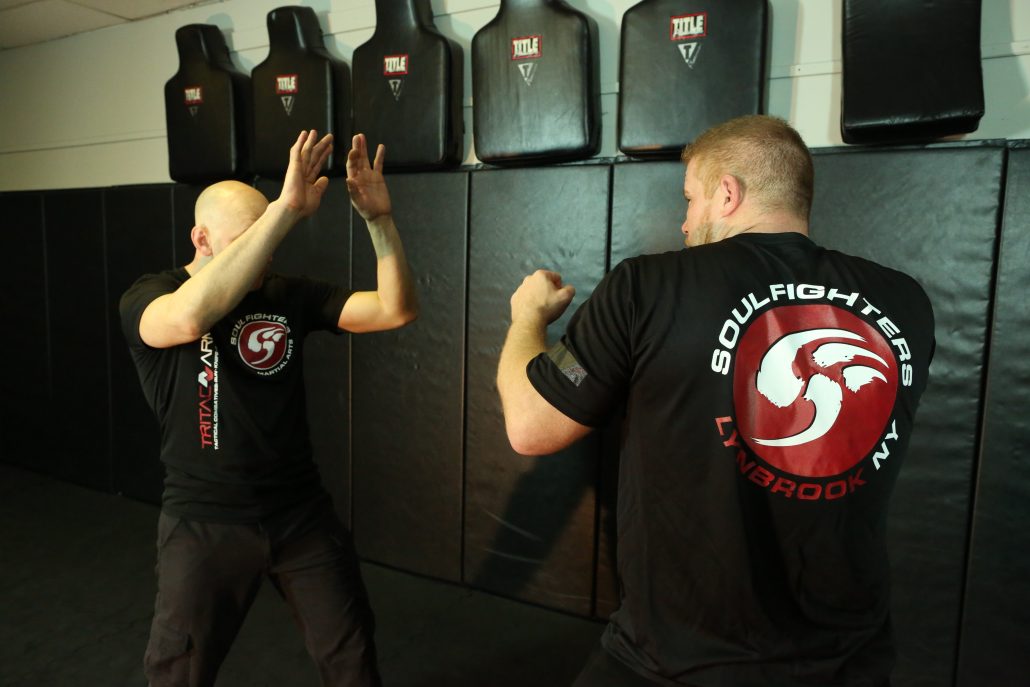 If you can’t move – you can’t fight. In TRITAC we focus on the Fundamental Body Mechanics of movement and all around self-defense. This includes your stance, the “fence”, standing footwork and ground movement. 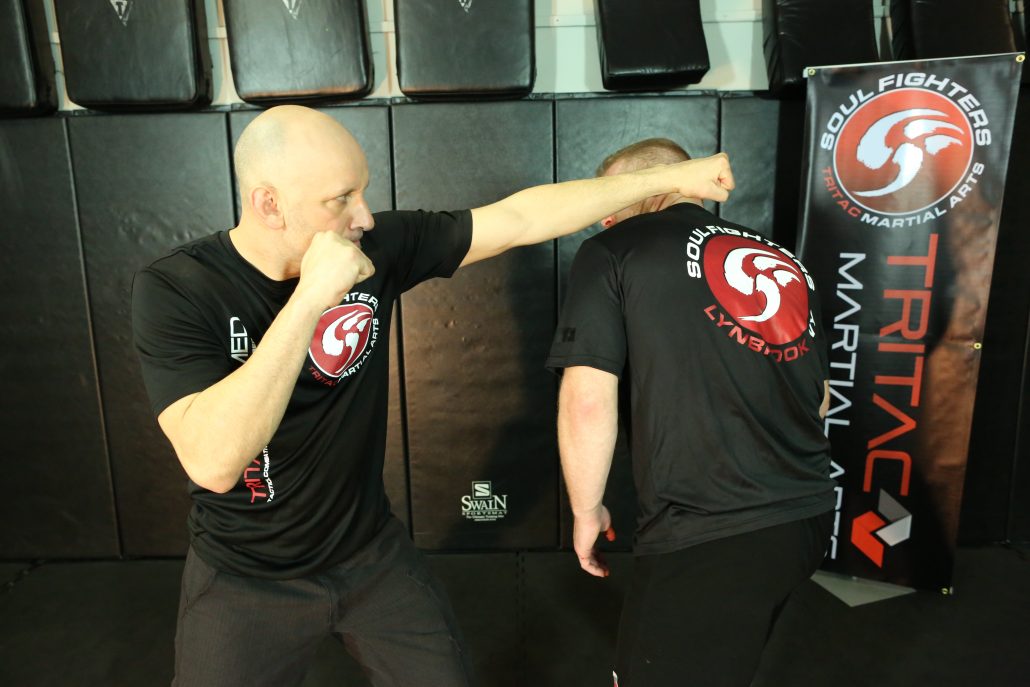 TRITAC focuses first on “protecting yourself”. There is Power in the ability to defend whatever your attacks your opponent may have. Learn to defend against punches, kicks, takedown attempts, surprise attacks and multiple opponent situations. 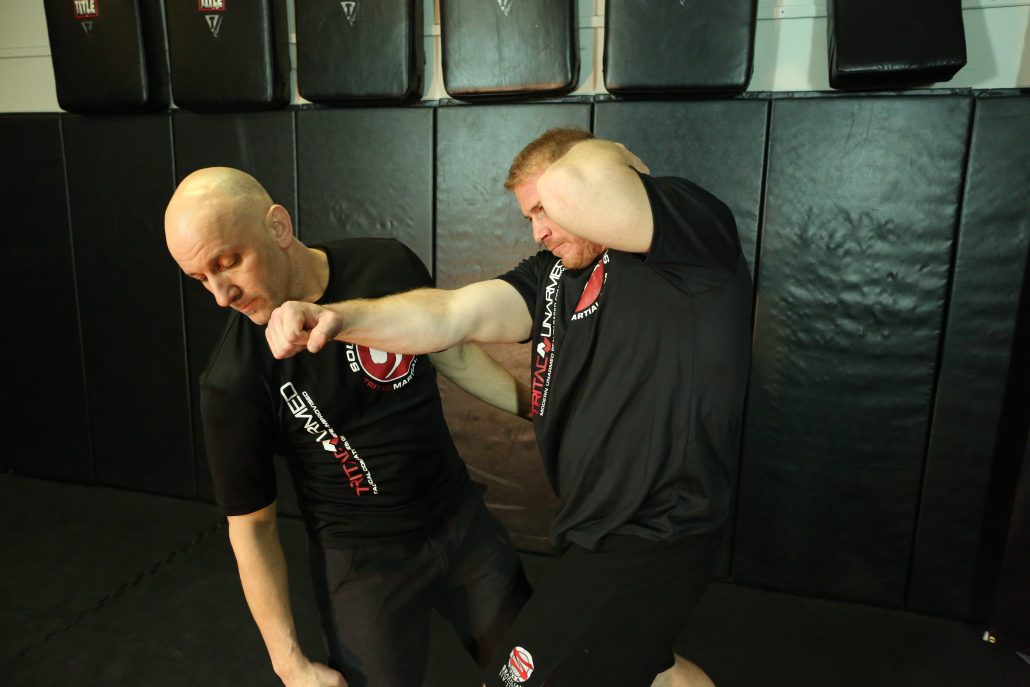 Your body is a “Swiss Army Knife” – learn to use all the tools you have available to respond and attack, including: Punches, Hammer Strikes, Knees, Kicks, Headbutts; and of course: TRITAC-Frames 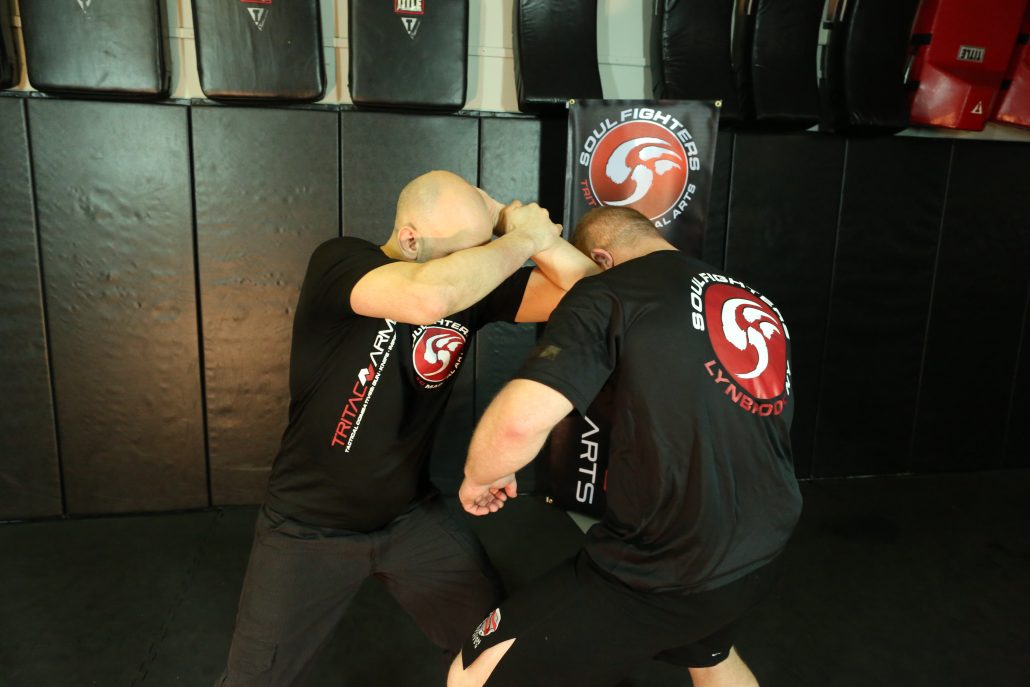 TRITAC thrives in Close-Quarters-Combat or in the Chaos Zone. Smash through whatever defenses your opponent has, and enter into close range for additional strikes or use TRITAC-Jitsu Skills. 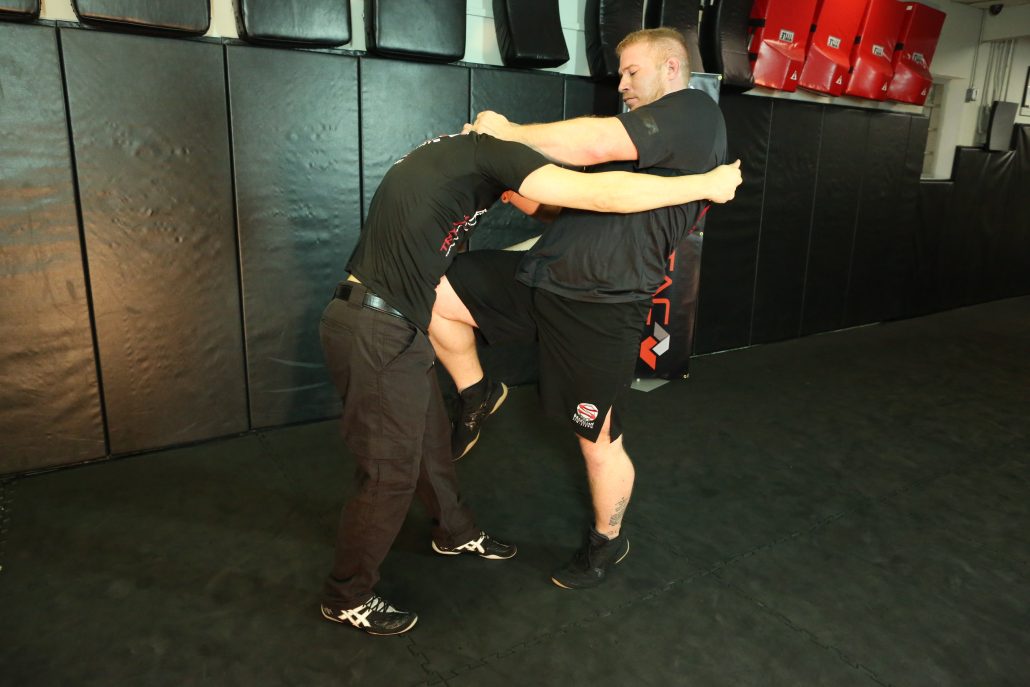 When in Close-Quarters-Combat the ability to control and manipulate your opponent is an essential grouping of skills. Controls are vital for setting up additional strikes or grappling techniques, but also used to shield against multiple attackers.

THE GROUND IS A CONSEQUENCE

The ability to fight on the ground is a vital concept in TRITAC Martial Arts overall... but that doesn't mean you want to be there.  Learn essential skills to get back to your feet. 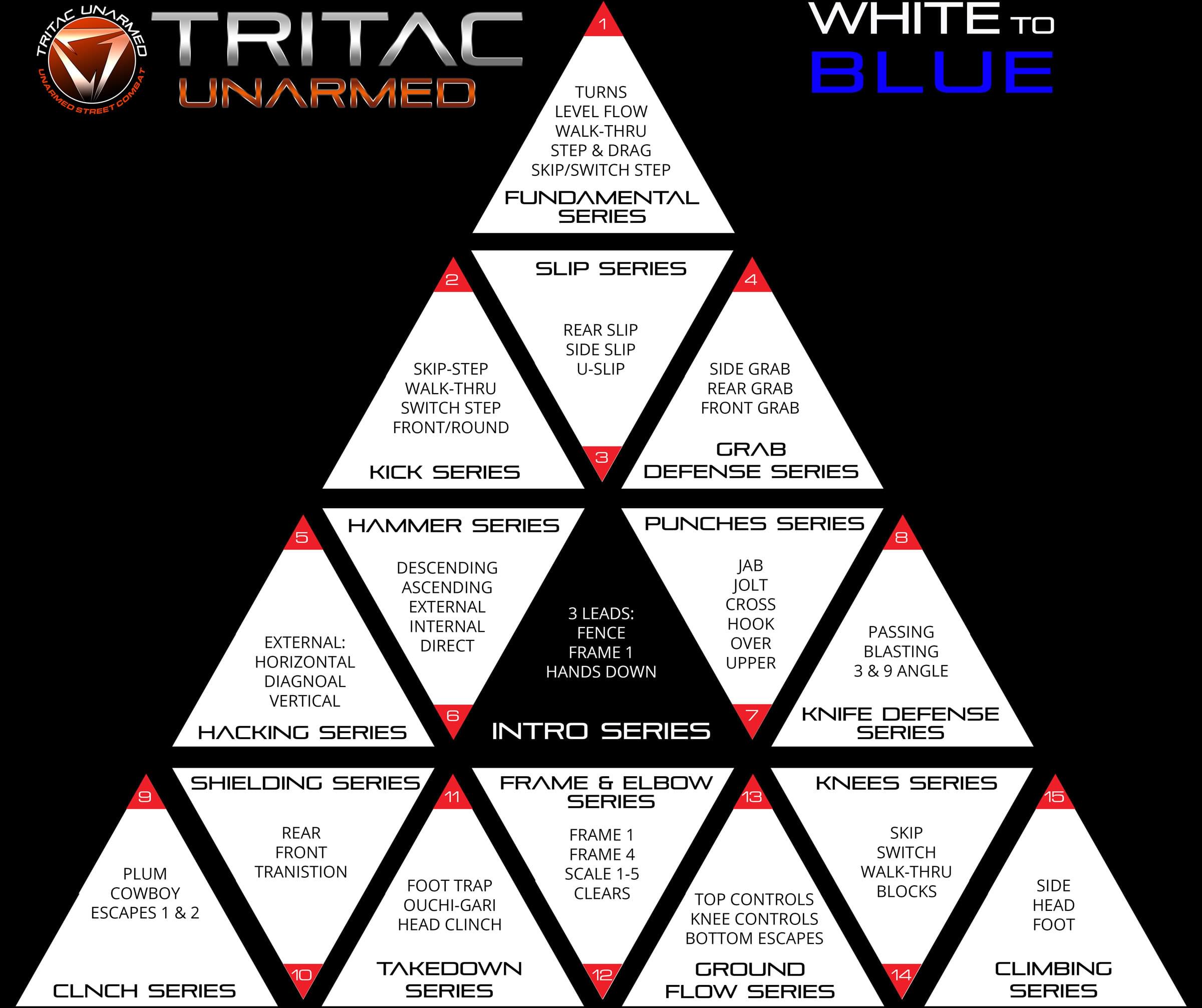 GET STARTED ONLY $97 - GET INSTANT ACCESS
UNARMED System SKILLS
TRITAC-Combat Striking focuses on developing striking-based skill-sets that allow you to defend against a variety of street and sport based attacks including punches, kicks, knees, elbows, etc – and gives you the ability to respond instinctively and naturally with a diverse attacking “arsenal”. TRITAC-Combat Striking truly turns your whole body into a weapon. Everything about you becomes a dangerous tool that can finish your opponent(s) at any moment.


Influenced by Muay Thai, Western Boxing, Silat, Keysi Fighting Method, Defence Lab and Filipino Martial Arts (to name a few), the TRITAC-Combat Striking System was designed to be as instinctive yet efficient as possible; using natural, flowing body movements and mechanics that can be made without much thought or planning, while still capitalizing on strength, speed, and accuracy. 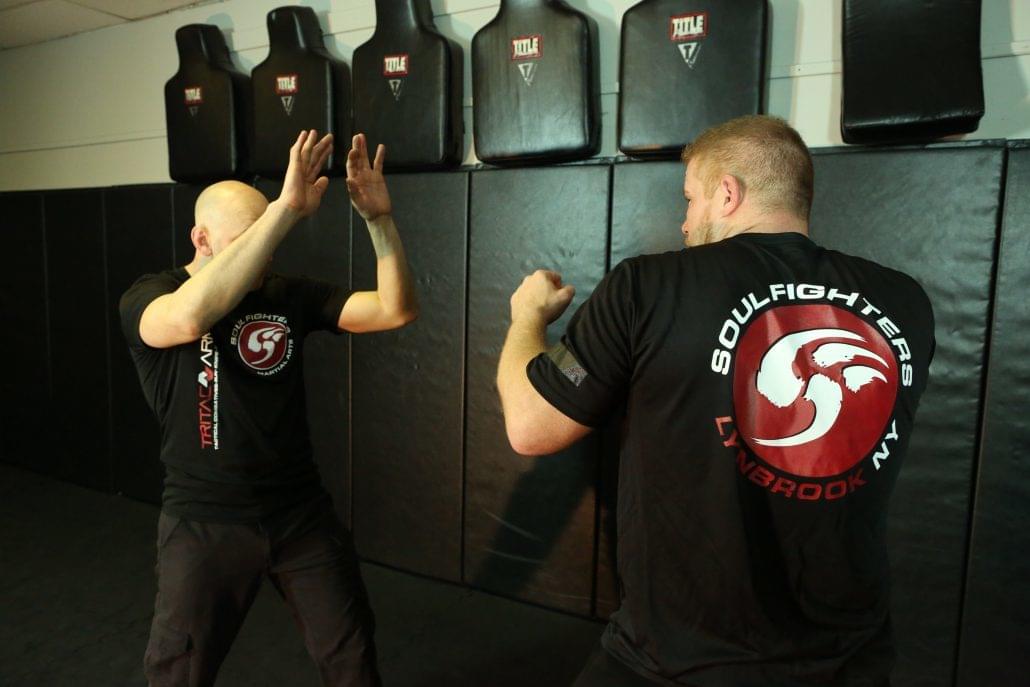 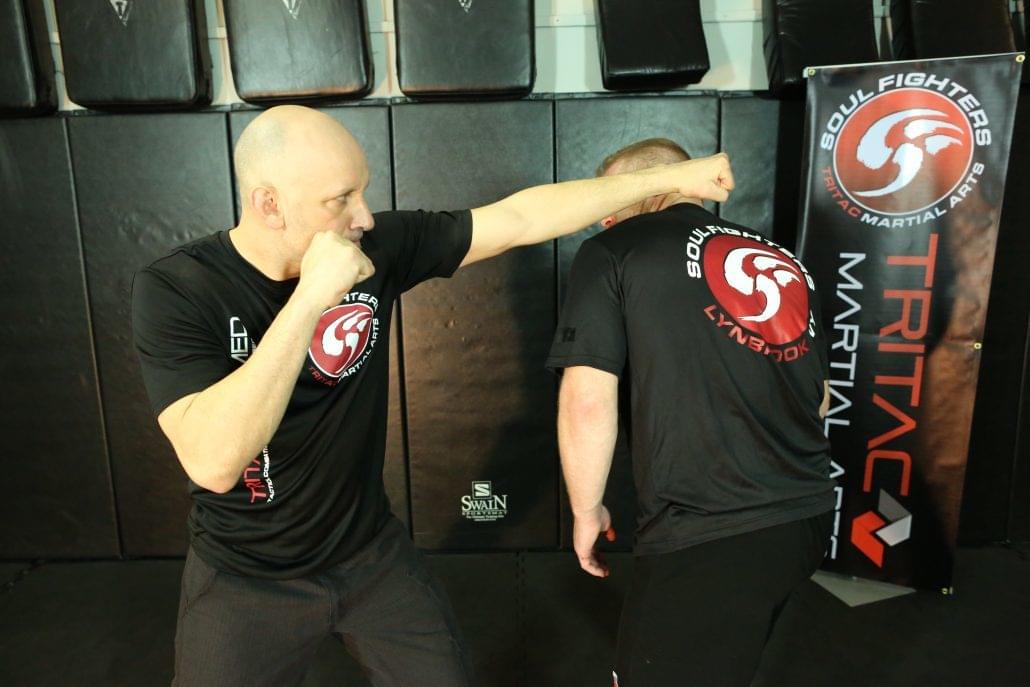 DEFENSIVE SKILL-SETS
"Defense First" is a strong principle of TRITAC. If you can’t defend against attacks, how can you even fight? 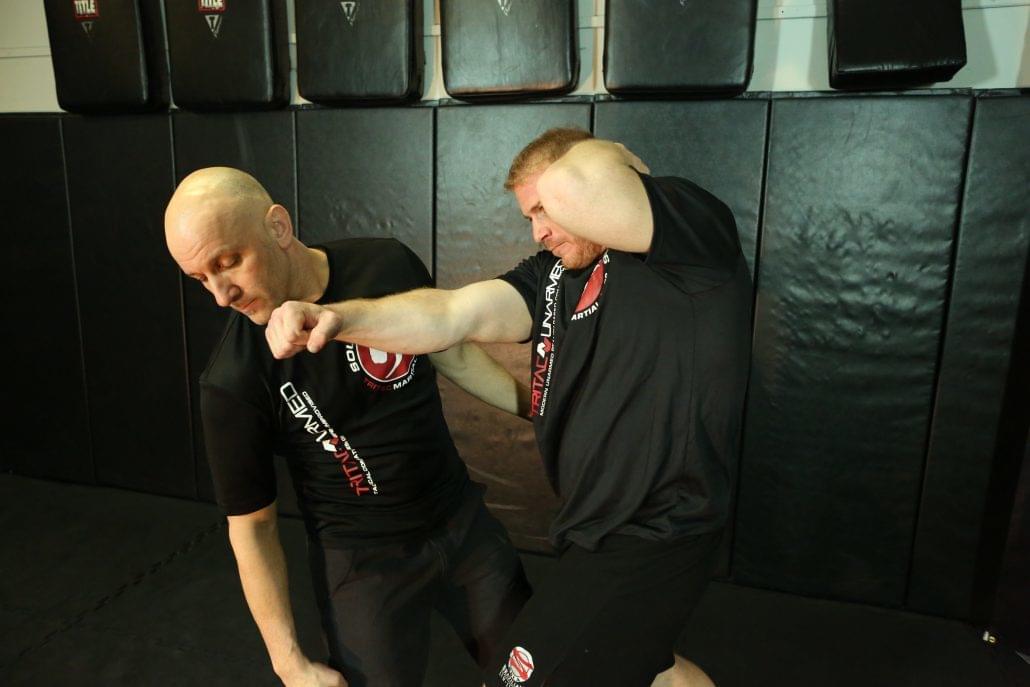 OFFENSIVE SKILL-SETS
Your body is like a “Swiss Army Knife” – full of tools (weapons) that you can use to attack and finish your opponent. 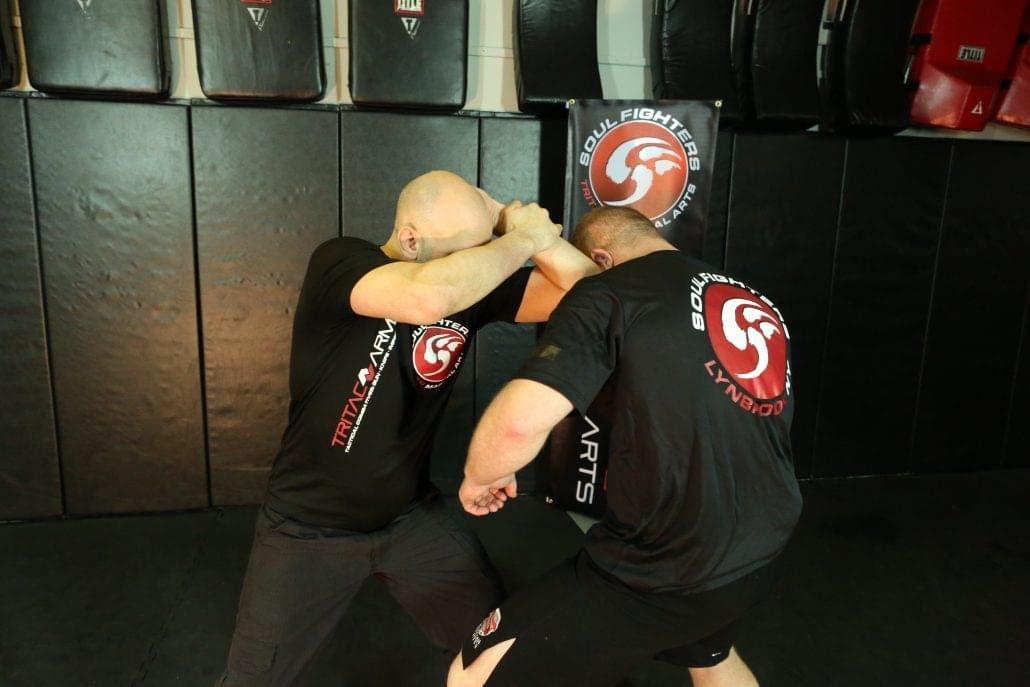 SMASHING & ENTERING SKILL-SETS
Used as both offensive and defensive tactics, smashing & entering allows you to safely and effectively close  the distance in hand to hand combat. 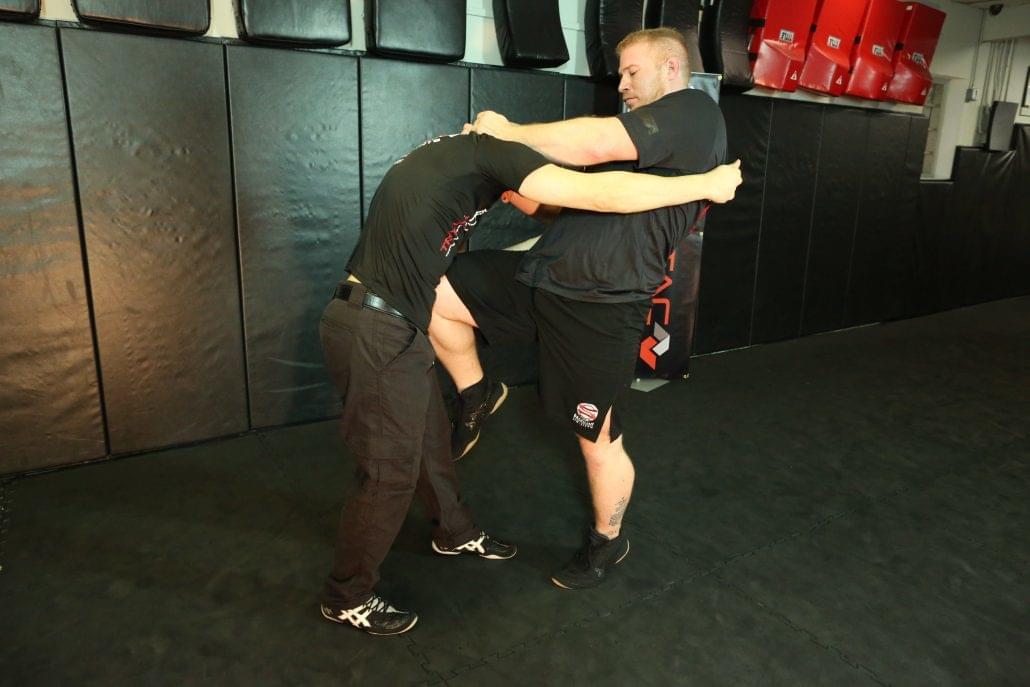 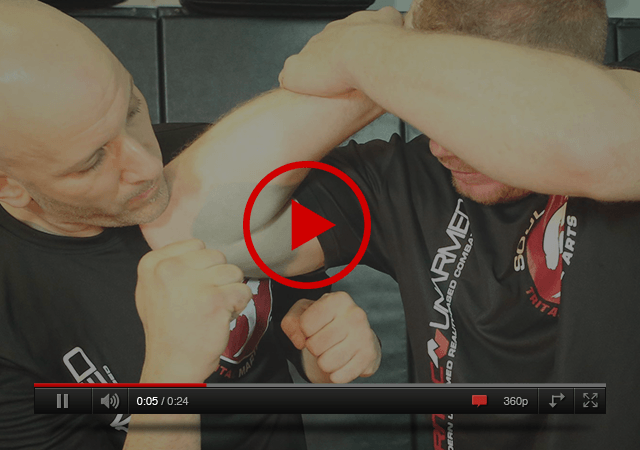 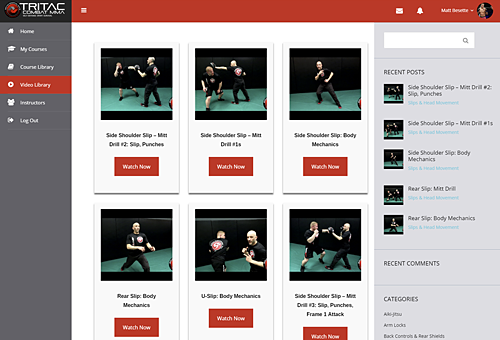 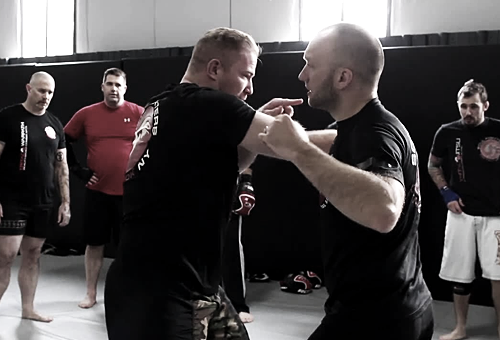 TRITAC Unarmed Flows
Flows are the secret to learning how to fight without thought or hesitation... 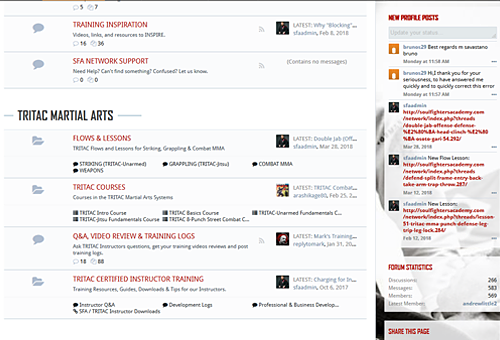 Instructor Q&A
Interact With TRITAC Co-Founders and Instructors in the online training portal. 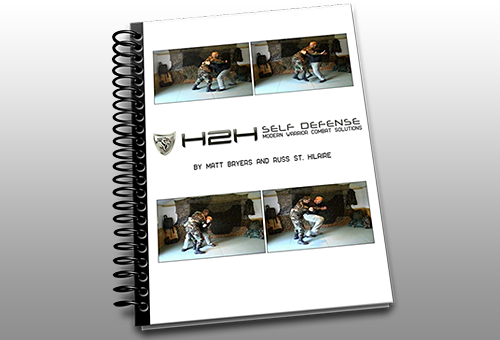 BONUS: H2H SELF DEFENSE MANUAL
One of the origins of TRITAC focusing on Combative Japanese Jujitsu... full of golden nuggets. 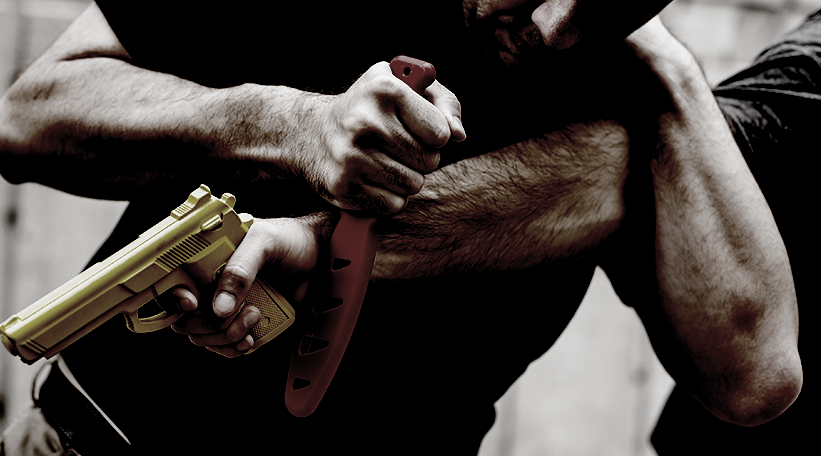 BONUS TRITAC FLOWS & INSIGHTS
Learn how to integrate weapons combatives and dive deeper into the TRITAC Methods with additional insights and flows.
25+ TRITAC FLOWS
To Develop Combat Instincts
250+ VIDEOS
Techniques, Drills & Tips
STEP-BY-STEP
Easy To Follow System
BONUS VIDEOS
Dive Deeper Into TRITAC
Learn the Most Important Striking Skills For Street Combat, That Will Leave Your Attacker Crying And On-lookers In Disbelief...
When preparing for Unarmed Street Combat - you need the ability to defend from all attacks, from all directions, from multiple opponents without thought or hesitation.
This isn't MMA... this is dirty, no-rules, destroy everything in your path fighting system that trains you to fight with ruthless combat instinct.
ONLY $97 FOR GET INSTANT ACCESS ☞ 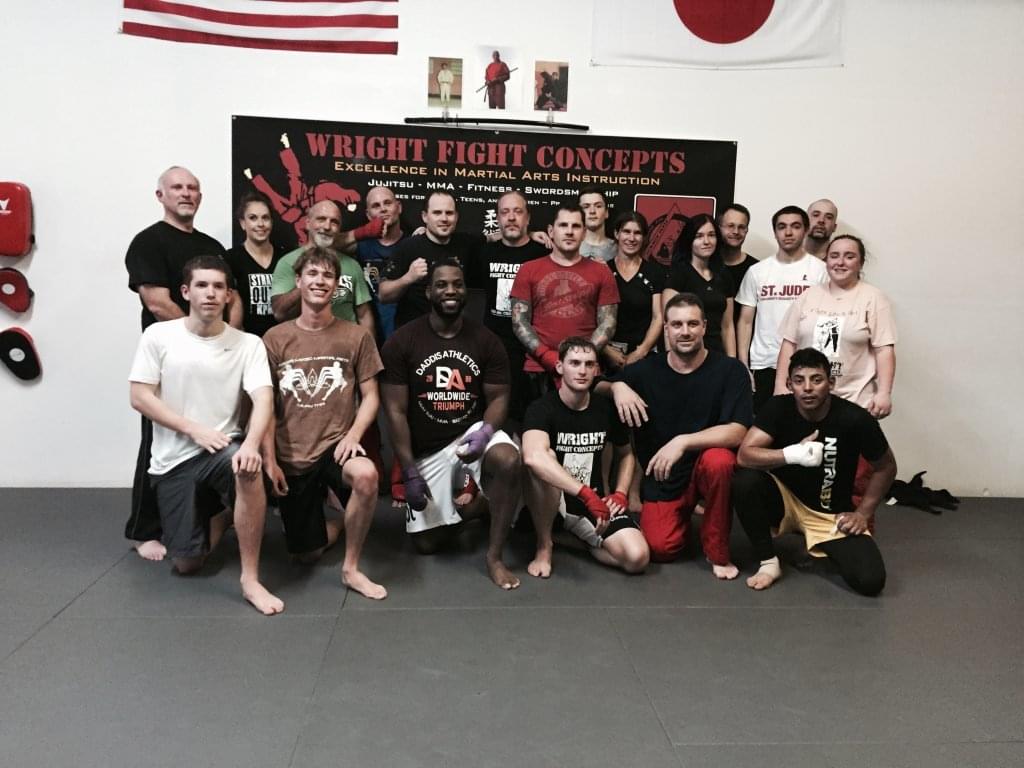 The TRITAC Unarmed Course is the best kept secret when it comes to the most comprehensive and scientifically modern approach to mixed martial arts self defense! 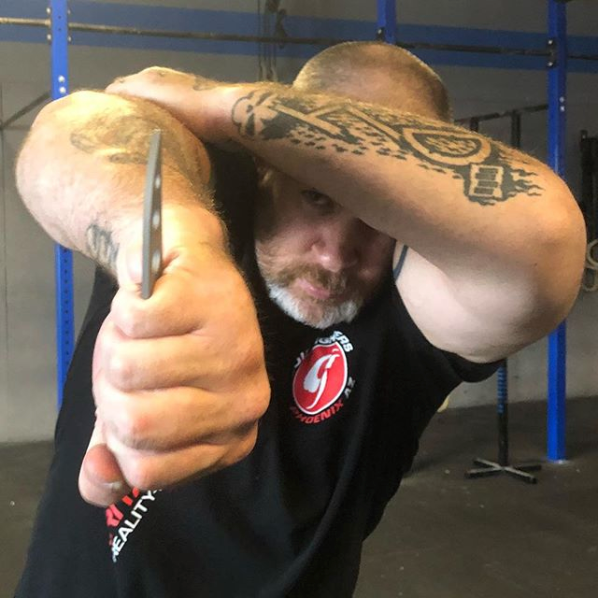 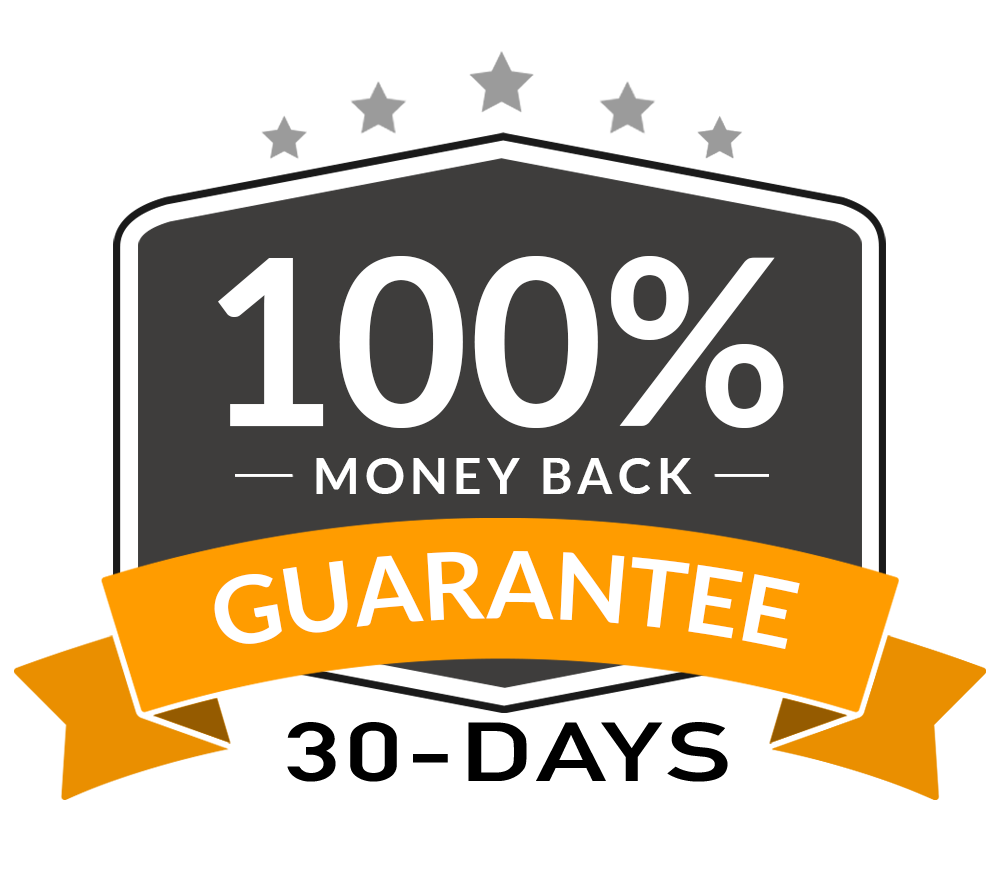 FEEL BRILLIANT AND GLOWING FOR THE ENTIRE 9 MONTHS.
- BODY SCRUB DESIGNED FOR BOTH MUM & BUB -
Made with all natural, hand selected, mineral and botanical ingredients to leave you with soft, clean and hydrated skin whilst providing you with a magnesium boost.
Invigorate your senses and revitalize skin cells from the comfort of your bathroom with our healing scrub. After dampening your skin with warm water, gently massage a handful of scrub into your skin to polish away dull skin cells.
What Are People Saying About TRITAC?
"The style is both realistic and animalistic, just like the streets"
"TRITAC training is more than a fighting style, it’s a realistic mindset. It allows a person to train their body and mind transforming him/her into a more confident and aware individual. The style is both realistic and animalistic, just like the streets. Being a student, I am better able to protect myself, my family, and the public. It is another tool that I have added to my arsenal."

"Training is dynamic, aggressive and is 100% street effective"
"As a police officer I take my training seriously. For me its a matter of life and death. Having studied almost every martial art available, I found most were missing something. They lack realism. They lack multiple threat engagements. They lack true effectiveness. TRITAC is the answer for these concerns. Training is dynamic, aggressive and is 100% street effective. John Leabo has given me the skill, knowledge and confidence to survive the streets night after night. I believe in John’s teachings and methodologies of urban survival. He is a modern day 'Doctore,' a trainer of gladiators." 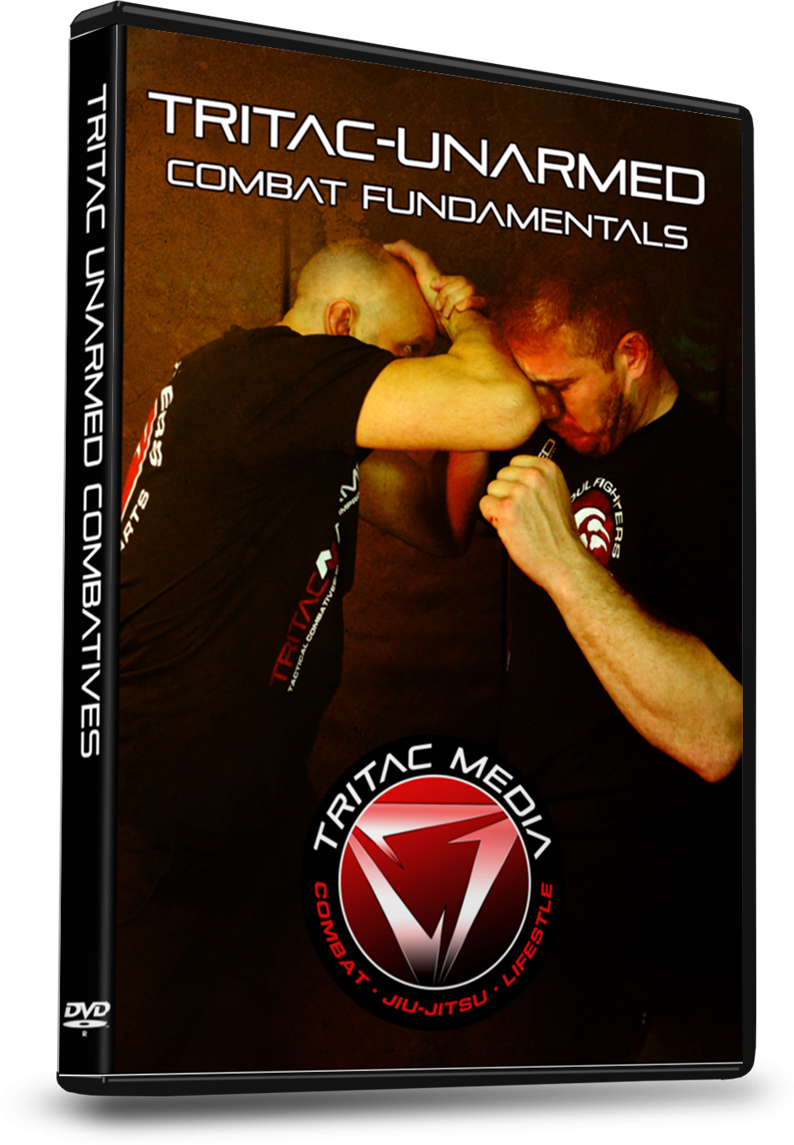 YOU'LL LOVE MY VIRAL PRODUCT, WE GUARANTEE IT
NO CATCH, NO GIMMICKS, NADA, ZIP
That's right, we're so confident you'll LOVE our product, that if for whatever reason you don't completely and utterly adore your bank account, or don't see improvements after just 7 days of use, we'll refund your money in full.
YES! ORDER MY PRODUCT RRP: $39.95 - JUST $29.95 FOR A LIMITED TIME
PLUS: YOU GET FREE SHIPPING ON ALL ORDERS!
FREQUENTLY ASKED QUESTIONS
What Experience Do I Need?
It is recommended that you have base martial arts experience first.  You will learn the basic movements, footwork, defenses, etc in this DVD series; but having some prior knowledge helps.
BUT - if you have a strong passion to learn, and can easily learn via video, then this is a good choice.
What Skills Will I Develop?
The TRITAC Unarmed System is primarily a stand-up striking system.  You will learn punches, elbows, hammers, knees, kicks, and of course TRITAC Frames.  The focus is no rules street combatives where multiple opponents is a reality.
Can I earn rank?
Yes, we do offer rank for our TRITAC Systems.  Rank tests are in person.  TRITAC rank is not easily achieved and we recommend having a strong background in martial arts, and TRITAC methods before.  If interested, please contact us.
Do I need a partner?
Yes.  But, that does not mean you cannot drill and develop the movement patterns without one.  To truly develop martial arts combat skills, you need to 'feel it' against a live partner.

Or nothing, it just hurts a lot more.
Do you offer a refund policy?
Yes, we offer a 30-day, no questions asked refund.
Where can I train locally?
We have a few schools around the world who teach locally.  They are found in our TRITAC Training Network.
Do you ship internationally?
Yes we do.  Please expect additional shipping time.
YES! ORDER TRITAC COURSE NOW!